Christmas is a time for enjoying family get-togethers, and in 2019, pets are often seen as a significant part of our families. As well as happy social times, the Christmas festivities include feasting on tasty food. There are some avoidable seasonal problems that all pet owners should be aware of: physical hazards for pets, accidental poisoning of animals with popular types of human foods and lastly, simply over-indulgence.

From electric cables for Christmas lights being chewed by dogs or cats, to decorations, tinsel and gift paper, there are a number of new objects in the home that can present a hazard to inquisitive pets. Young animals especially are prone to chewing and swallowing objects that cause harm. There is no need to go overboard, but generally, when bringing new stuff into the house for Christmas, pause to think about how your pet might interact with it.

Some seasonal plants can cause toxicity problems: lilies are highly toxic to cats, while poinsettia and mistletoe can also cause problems if chewed. Keep such plants out of reach of your pets at all times.

Christmas Foods That Can Be Toxic to Pets

There are three main festive human foodstuffs that can be toxic to pets. 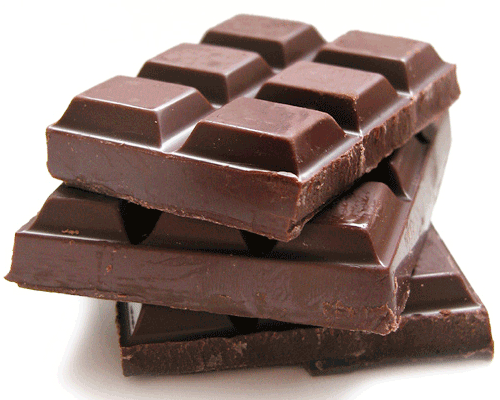 The metabolism of dogs and cats is very different to humans: chocolate is poisonous to pets (half a small bar of dark chocolate can be enough to kill a small dog). The big risk is of dog’s bingeing on chocolate when they find an unattended box of chocolates (e.g. under the Christmas tree) so take care to keep all chocolate securely out of dogs’ reach.

Onions contain chemicals that disrupt canine red blood cells. The toxic dose of onions is around 0.5% of body weight i.e. around 50g of onions (two ounces) for a 10kg terrier. It’s rare for a dog to eat this quantity of onions, but it does happen. One recent example was a dog who was given the unwanted remnants of a Chinese takeaway. His owners had not liked the onions, so had given them all to him to scoff. He ended up becoming seriously ill, needing emergency treatment including a blood transfusion. Some Christmas foods – like turkey stuffing – can contain high levels of onion, so be cautious about giving this to dogs (and especially small dogs).

Grapes and raisins seem so benign, and most people have seen dogs eating them now and again without ill effect. They’re harmless to humans. How can they be poisonous? 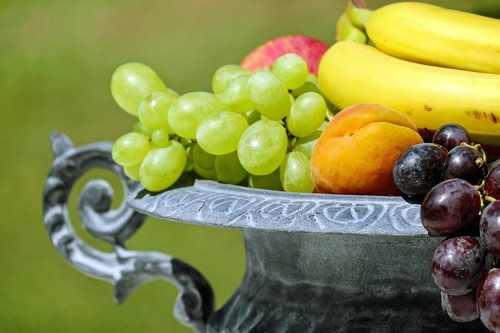 There’s still some mystery around grape toxicity, with the precise toxic agent remaining unknown. The poisoning only happens intermittently, which makes it difficult to analyse. It was identified only recently when dogs that had developed kidney failure for no known reason were investigated carefully. Detailed analysis of their histories showed that the only common link between a number of affected dogs was the fact that they had recently eaten grapes or raisins. The latest theory is that the kidney damage is caused by a toxic compound that is only in some batches of grapes: a mycotoxin (produced by moulds or fungi when the grapes are damp) is the most likely candidate. Studies have shown that dog kidney cells are more easily damaged by other mycotoxins than human cells, which explains why dogs are affected by grapes while humans have no such problems.

Grape and raisin poisoning is dose dependent, and the simple rule of thumb is that the smaller the dog, the smaller the dose of grapes that can cause a problem. If a 5kg terrier eats twenty grapes or raisins, or a 30kg Labrador eats over a hundred grapes, there’s a high risk of a problem. Most vets would say that if a pet eats half of these amounts, it’s worth taking them to the vet for treatment. It’s easiest to have a simple rule: no grapes and no raisins for dogs. And that means no mince pies, no Christmas cake and no Christmas pudding.

What to Do If a Dog Eats Something Toxic

If a dog eats any substance that’s potentially toxic, it’s important to get them to the vet as soon as possible. An injection can be given that causes the animal to vomit, and as long as no more than one or two hours have passed, then this is often sufficient to remove the offending substance from the stomach before it’s had a chance to be absorbed into the system.

If more than a few hours have passed before the animal is taken to the vet, it’s far more complicated and more extensive and expensive treatment is needed to try to reduce the effect of the poison on the animal.

Physical hazards and poisoning episodes are obvious risks that should be avoided, but the most common reason for dogs to be taken to the vet over the Christmas period is far simpler: simple overindulgence.

Many owners like to see their pets tucking into mini feasts of left-overs from the Christmas table. This often causes an upset stomach, with vomiting and diarrhoea the following day.

It’s easy to avoid this: make it a simple rule that you never add seasonal fare to a quantity of more than 10% of your total dog’s dinner.

And finally: dogs love the remnants of human feasts, from bones to meat wrapping paper to just about anything. Make sure that you stash anything remotely edible and appealing carefully, so that your dog can’t steal it when you aren’t looking.

Have a wonderful, safe, healthy Christmas everyone!